Family History of Cancer + the KRAS-Variant

FAMILY HISTORY OF CANCER + THE KRAS-VARIANT

The KRAS-variant is a genetic cause for cancer in many families with strong cancer histories.

The KRAS-variant is emerging as a hereditary explanation for a significant proportion of familial cancers that were previously unexplained.

BRCA is the most well-known and commonly tested genetic mutation for Hereditary Breast and Ovarian Cancer (HBOC) families. However, BRCA mutations are incredibly rare, found in only 0.25% of the population.24

The KRAS-variant, in contrast, is found in 6-10% of the population, making it 20x more common than BRCA genetic mutations.1

However, unlike BRCA mutations, those with the KRAS-variant can reduce their risk by making certain healthcare and lifestyle choices, like taking hormone replacement therapy (HRT) from perimenopause on.7

The KRAS-variant is an inherited genetic variant associated with breast cancer,3 ovarian cancer,2 lung cancer,1 as well as other cancers,5,6 and multiple cancers in the same individual.4,7

Should you get tested for the KRAS-variant?

If you have a family history of breast, ovarian or lung cancer, learning whether you have the KRAS-variant can help you make the important decision about whether or not HRT is right for you.

Learn more about why and how to get tested here. 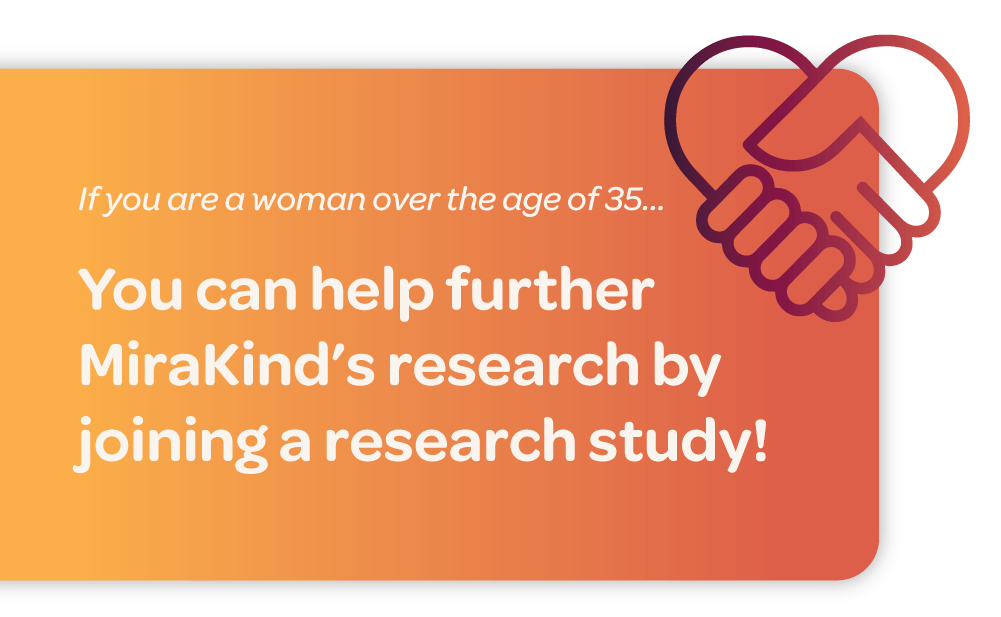 Why join a MiraKind research study?

By joining a MiraKind study, you can play a role in helping MiraKind answer some of the most pressing questions associated with cancer risk for individuals with inherited variants like the KRAS-variant.

By joining a MiraKind study, you can play a role in helping MiraKind answer some of the most pressing questions associated with cancer risk and prevention for individuals with the KRAS-variant.

Enroll in a Study